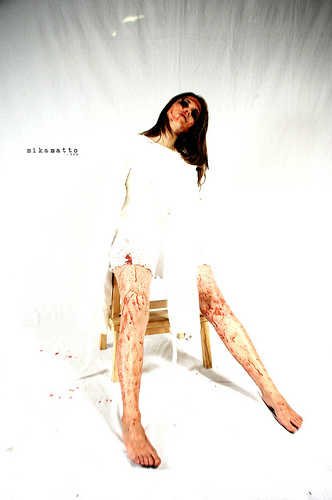 This is a resourceful technique for learning how to focus your mind and your inborn telepathic abilities.

There are equally powerful ways to learn to focus when two people are involved. A quick way to practice with two people.

Sender and receiver – One person will be the message sender, and the other the receiver. Let us say you are the sender. The receiver should have a pad and pen ready to jot down any impressions he might receive. If the sender is focusing on a simple object, the receiver might feel as though he’s making things up at first, but insist that all impressions and thoughts are written down for later comparison. Visualize. The sender should come up with some simple images of ahead of time that will be easy for the receiver to pick up. Most people will easily recognize a yellow banana, a red apple, or a full white moon, for example.

These are common and simple items that help you project while maintaining your focus.

how to train telepathy


ABSTRACT CONCEPTS: Mental telepathy at this level goes beyond simple colors and shapes to more abstract concepts like ideas, actions, or values. It is rare and difficult for telepaths to achieve this level, and experiments have shown that they have a lower success rate. Scientists have a hard time figuring out how animals appear to communicate using abstract concepts, and mental telepathy should not be ruled out, even though some of the concepts may just be basic impulses and instincts. Animals lack prefrontal lobes where abstract ideas originate so they are only capable of communicating them on a level lower than expert human telepaths. Some people feel that in the olden ages humans were great telepaths who lost their power with the development of language and evolution. IF this is so then it may be possible to recall those telepathic abilities by the right kind of stimulation. Some scientists believe however that telepathy is in the ‘future’ for mankind, instead of part of the past. If enough people can develop these powers, humans in the future could become telepathic on a higher level.


Solo Telepathy Test:- One quick way to test your telepathy skills is to predict who’s calling when the phone rings. Do not look at your caller ID, if you have one. Before you answer the call take a moment to concentrate and think about who may want to talk to you. Make a decisive guess and then answer the phone. Over the next several phone calls you receive, measure your results. This can give you an indication of your level of telepathic ability. Many people report knowing who’s on the phone even before they answer, but they do this on an unconscious level. Most people are able to learn to focus this ability on a conscious level over a period of time. Here Is A Quick Psychic Test:- It is sometimes possible for you to test your psychic ability using a simple prop.

A coin for instance.

Most important is find a quiet place to sit. Before you begin the test, make sure there will be no interruptions. No TV’s or any sudden unexpected sounds. Take a few moments to do some deep breathing exercises to help relax you and clear your mind. Then toss a coin into the air and try to predict whether heads or tails will come up. Measure your results over several attempts. There is a 50/50 chance you will guess correctly and you could have psychic ability if the score is above the 50%.

This ability can be developed further.


We all have dormant telepathic capabilities. This is something the vast majority of us cannot use consciously, nevertheless; like any otherability, telepathy needs to be practiced. There are times when we exercise the power of telepathy without even realizing it; but imagine if you could develop telepathy to the level where you could use it at will? There is unfortunately a massive quantity of doubt surrounding the use of telepathy mind powers of any degree.

For an example of how we use telepathy, consider this: how often have you initially been in a great mood only to come across someone who is gloomy and depressed. In just a few minutes of speaking with the depressed person, your own feelings start to reflect the same thing. It is not the conversation the individual is talking to you it is in fact the transference of all of their feelings and emotions leaking into your innermost mind. This is a form of telepathy. Research have shown that it is possible to access and activate the area of the mind’s sub-conscious which is accountable for this ability. By centering your mind on a specific individual, you are then able to communicate with them using telepathy.