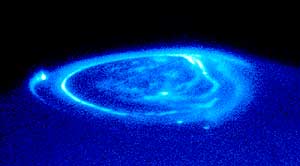 
EMPATHETIC LEVELS When you can understand and perceive the emotional state of the other person, then this ability is known as empathy. Many people can do this well and many cant because the ability to put your self in somebody else’s shoes is not inherent. However one can develop empathy with preparation and observation.

This fact can be seen in actors who can not only emulate the emotional states of others but also enhance their empathy so much that they can laugh and cry exactly like the other person. Most people have experienced ‘sympathetic pain’feeling another person’s pain as if it were your own. For example, after witnessing someone close to you break their arm, you may experience an uncomfortable feeling or even an ache in your arm, even though you know it’s fine. Similarly, when someone close to you is experiencing an overwhelming emotion, such as joy, grief, or depression, you may feel an echo of the same emotion inside you. Finally, there is the phenomena of long distance empathy. In this case, a person suddenly knowsthey FEEL itthat someone close to them is in danger, has been hurt, or is in pain, even though they are not near the person at the time. Psychologists think an overactive imagination could be to blame for these types of reactions rather than mental telepathy. There may be senses being used, such as seeing a medical procedure, but long-distance empathy, where it is a gut feeling and no visual or audio communication has taken place is quite another story and certainly does not reflect any direct communications.


The telepathic capability is one that all humans possess to some degree, but have lost the ways by which to command it consciously. We all have moments of using telepathy subconsciously every now and then. Imagine what would happen if you could control that innate ability and use it to communicate. There is a great deal of skepticism about telepathy, just as there is about any other less commonly used natural mental capacity which humans have. If you have doubts yourself about telepathy, think about this how often have you been on top of the world when you run into someone you know who is feeling miserable; and after speaking to this person for only a brief time, you begin to take on the same mood? Probably more times than it is possible to calculate.

It’s not what they were speaking; not with their mouths, anyway. What is happening is that you were telepathically accepting their thoughts.

Scientific studies have shown that by retrieving the subconscious area of your brain and learning to focus your mind and feelings toward a specific individual, it is possible to re-awaken your sleeping telepathic abilities.

Brief occurrences of telepathy have been documented in cases where a mother knows that her child is in distress even though they are apart from each other. During the heightened emotional state of the mother her synapses are firing more neurons simultaneously. It would certainly seem that a link exists between the spike in the bio-electrical and bio-magnetic waves and the occurrences of telepathy. As you have no doubt become aware as you have read this, no scientific research has provided evidence that telepathy is an absolute fact. But that is the science of today and it is beginning to change. With an increase in studies we are seeing that telepathy does actually exist. And anyone can learn how to be telepathic if they receive the proper training.

It is highly known amongst those involved in animal husbandry, that many species have some form of telepathic behavior. Whether it be insects that are communal to the dolphins who use a more obvious form of telepathy called sonar, the fact is that telepathy is real for many critters. It is believed that many natives who have not been modernized may be able to share ideas through telepathy. This is an amazing observation in this technical day and age. The truth of the matter is that telepathy isn’t some esoteric subject. If we would believe that it’s just as reputable as learning a new language, people would accept it much easier. Seriously, we always recognize those who have issues with speech, so why is it so difficult to acknowledge those individuals who possess extraordinary powers. Shouldn’t we consider the people who can’t do it as just having defectiveness? With modern times being what they are, our society has all but lost their natural abilities of telepathic power.

These abilities are deep inside of everyone and are just as natural as the ability to speak, listen to music and respond and using your common 5 senses. We all have a sixth sense that we are familiar with.

There was even a movie by this name so it is not an uncommon way of looking at telepathy. Have you ever had a gut feeling? We all have so it is nothing out of the ordinary.

You hear stories of mothers who felt that their daughter was in danger on the other side of the country or of twins that could sense that something was amiss with their other half. This gut feeling or instinct is actually a form of telepathy.You may not want to admit it but there is no real argument here. You are experiencing the exact definition of what telepathy is!