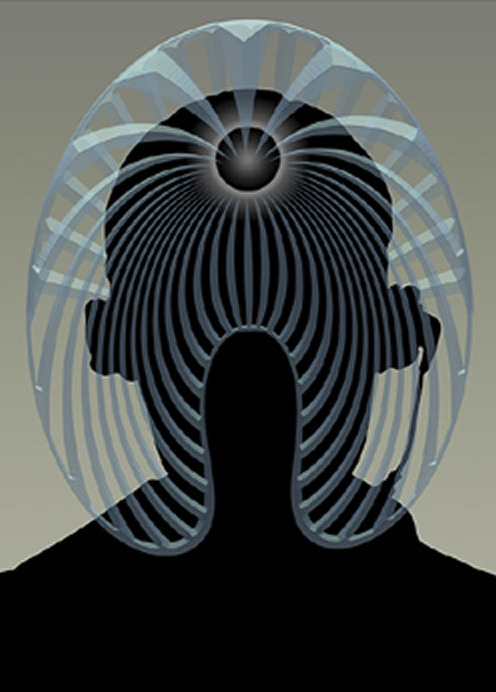 
EMPATHY When you can understand and perceive the emotional state of the other person, then this ability is known as empathy. Many people can do this well and many cant because the ability to put your self in somebody else’s shoes is not inherent.

However one can develop empathy with preparation and observation. This fact can be seen in actors who can not only emulate the emotional states of others but also enhance their empathy so much that they can laugh and cry exactly like the other person. Most people have experienced ‘sympathetic pain’feeling another person’s pain as if it were your own. For example, after witnessing someone close to you break their arm, you may experience an uncomfortable feeling or even an ache in your arm, even though you know it’s fine.

Similarly, when someone close to you is experiencing an overwhelming emotion, such as joy, grief, or depression, you may feel an echo of the same emotion inside you. Finally, there is the phenomena of long distance empathy. In this case, a person suddenly knowsthey FEEL itthat someone close to them is in danger, has been hurt, or is in pain, even though they are not near the person at the time. Psychologists write off such empathetic phenomena as a simple trick of an overactive imagination. At the very least, they do have a point that other senses are being used. Would we be able to feel the sympathetic pain of a broken arm, for example, if we could not actually see the injury? This does not explain, however, the phenomena of long-distance empathy.


We all have latent telepathic capacities. This is something the majority of people cannot use consciously, nevertheless; like any otherability, telepathy has to be exercised. There are times when we use the power of telepathy without even realizing it; but imagine if you could develop telepathy to the level where you could use it at will? There is a great deal of doubt about telepathy, just as there is with any other less commonly used natural mental capacity which all of us have. To illustrate an example of telepathy, consider this: how many times have you initially been in a great mood only to meet an individual who is gloomy and depressed. Within a short time of speaking with the miserable individual, you find that your own mood starts to reflect the same thing. It’s not the words the individual is speaking to you it’s the transference of all of their feelings and emotions going into your own subconscious mind. This is a form of mental telepathy. It has been scientifically shown in studies that the part of our subconscious which controls telepathy can be awakened. What you need to do is to concentrate on the person that you want to communicate telepathically.

One Basic Telepathy Test:- The simplest form of a telepathy test, perhaps, is the card test. And is best performed with two people with a set of psychic flash cards. Choose a quiet location where you can both concentrate without interruptions and sit facing each other. One person needs to be the sender and the other will be the receiver. The person you’ve chosen to be the sender needs to send an image of the picture on the flash card without allowing the receiver to see the card directly. Practice, quit a bit of it, is required for the sender to concentrate and focus on the image being sent to the receiver. The receiver needs to concentrate on images or impressions they may see in their mind’s eye.

Do not try to second guess what you see.

First impressions are what you should say as they come into your mind.

Record your responses over the entire pack of flash cards. Your results should take into account an element of luck, as there will be some responses that could be lucky guesses.

However, a high incidence of correct answers could indicate a latent psychic ability that could be developed with a little patience. Also, this particular type of test is not always best to use as a telepathy test.

Your partner (sender) may not be strong in his psychic abilities and this may result in his sending weak images and can mess up your results.


Over the years animal trainers and scientists have come to understand that animals use telepathic communications when connecting with one another. However, this can also extend over a far distance and not just when in close proximety. You will also hear about anthropologists who believe that many of the primitive tribes out there today can utilize this power. While it’s not easy to do, they have been able to harness the abilities of telepathy.

It is not that telepathy is a cryptic thought process, it is that many do not know what it is or if they have felt it before. At one time in our historic history, humans have been telepathic. Just as easily as humans could read or write, they were able to communicate telepathically.

It is not known exactly when we lost our ability to use telepathy on a regular basis, it may be that we have just simply closed our minds to the fact that we are telepathic. What it comes down to is that telepathy and that “sixth sense” is connected. You may know the term “third eye” to be a more descriptive answer in your area. You may not even realize the times that this happens to you, but everyone has telepathy as a tool. The only problem is most people don’t know how to use it. Oddly enough we experience it all the time and call it instinct instead. Maybe you’re driving home from work and just have a bad feeling about something at home, and then when you get there a problem arises. These are considered “gut feelings” and while many people accept this as an answer, they don’t realize that it has to do with telepathy. The most common instance you will hear is the connection between a mother and child.